A New York resident attempted an innovative evasion of police after flipping his vehicle in Mahwah, New Jersey, on November 27. Officers found him walking alone, barefoot and splattered with mud, less than a mile from the New York state line.

Nicholas Panebianco, 26, lives in Airmont, New York, and after Mahwah police finally found him – his flipped 2017 Dodge pickup truck had been called in earlier – he confessed to having been driving the overturned truck and, according to Officer Christopher Fasulo, had a “strong odor of alcohol” on his breath.

Upon discovering the unoccupied truck, which was lying on its side in the woods near the intersection of Miller Road and E. Mahwah Road, police called in a K-9 officer to help find the driver. He had apparently exited the wrecked truck and then, according to a witness, disappeared into the woods. He was found on Airmont Avenue, apparently having decided to walk home across the state line.

Panebianco was ultimately taken to Hackensack University Medical Center for observation, and has been charged with DWI, reckless driving, leaving the scene of an accident, and failing to report an accident.

If you’re facing DWI charges in New Jersey, you need experienced help right away to limit your exposure to our state’s tough drunk driving penalties. Call Matthew Reisig today at 732-378-9272 for a free consultation with an experienced New Jersey DWI defense lawyer.

There are plenty of ways to get popped for DWI in New Jersey, but Sean O’Hara, 30, found what may have been a new method when passing through Sparta. It seems that O’Hara was driving along Houses Corner Road the evening of Sunday, June 12, when he stopped to relieve himself. The homeowner in whose yard O’Hara was urinating wasn’t too pleased to see someone watering his grass, and called the police.

Sparta cops determined that O’Hara was likely intoxicated and conducted field sobriety tests, which he failed. A search followed, which revealed drugs in his pocket and resulted in a series of charges, including DWI, careless driving, possession of a controlled dangerous substance in a vehicle, possession of under 50 grams of marijuana, and possession of drug paraphernalia.

Not a great night for O’Hara or the homeowner whose yard was violated, but stories like this speak to how quickly a DWI stop can expand to become a laundry list of charges against you. If you’ve been stopped for DWI and related charges, get help right away. Call Matthew Reisig today at 732-625-9660 for a free consultation.

A 20-year-old Wantage woman who was stopped for speeding is facing charges that may have a lasting impact on her life. Emmi N. McAuliffe-Uchida was pulled over the night of April 28 after police witnessed her speeding on Route 15. The responding officer believed she might be intoxicated, and performed a series of field sobriety tests, which she failed. She was arrested and charged with DWI, speeding, and careless driving, and released later to a sober adult.

What most people don’t realize is that the rules for drivers who are under 21 are different. Instead of a .08% BAC threshold, minors who are suspected of DWI in New Jersey can be charged if their BAC is .01% or higher. This creates a high risk of charges for young people who have even a single drink, or less.

And the results can be devastating. Not only will you lose your license if convicted, but many auto insurance companies won’t write policies for underage drivers who’ve had a DWI, even years later. The costs associated with a conviction before your 21st birthday can be high and long lasting.

If you have a young driver in your life who’s been charged with DWI, take every step you can to keep their record clean. Matthew Reisig has helped more than 1,040 New Jersey drivers avoid conviction on DWI charges. Call 732-625-9660 today and talk to an experienced New Jersey DWI defense lawyer for free.

New Jersey’s Implied Consent Law (N.J.S.A. 39:4-50.2) applies to operating a motor vehicle on public or quasi-public land in the state, and driving is not a constitutionally protected act in the United States.

As such, and because that implied consent can be revoked by the driver at the time of an arrest by refusing to submit to a breath test, Implied Consent is considered to meet constitutional muster and not violate the Fifth Amendment protection against self-incrimination.

What You Can Do If Stopped Under Suspicion Of DUI/DWI 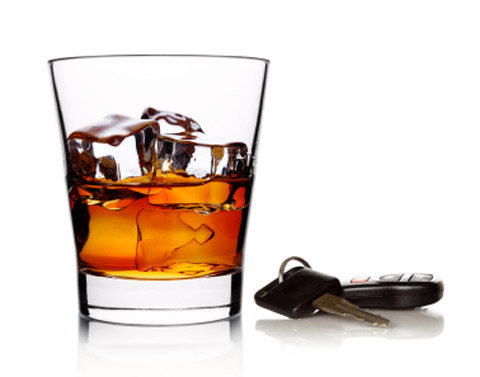 When you are stopped in New Jersey under suspicion of DUI/DWI, you do have the right to refuse, though utilizing that right can cost you.

DUI/DWI matters are best handled by an experienced attorney who can protect your rights and advocate for you aggressively against prosecutors and police.

Ignition Interlock Devices (IID) in New Jersey are small-scale breathalyzer units that are installed in your car by state-certified installers.

Before you can start your car, you’ll have to blow approximately 1.5 liters of breath into the IID, where it will analyze your breath to determine your blood alcohol content (BAC).

If you have been drinking, the IID will prevent your car from starting.

Some models of IID also require you to provide samples at regular intervals while driving.

You’ll have time to pull over, and if you provide a sample with elevated BAC, the car remains operable as a safety matter. The device will record the event, and you may find your driving privileges at risk.

Installation of IIDs in New Jersey is routine, and your car shouldn’t experience any damage as a result.

IIDs are part of many DUI/DWI sentences in New Jersey, and not only do you have to use them if ordered to do so, you also have to pay for the installation and a monthly rental fee for the duration of the order.

The only way an Ignition Interlock Device can be ordered is if you are convicted, and that doesn’t have to happen.

An experienced New Jersey DUI/DWI lawyer can make all the difference in your case.

Call Matthew Reisig today at 732-625-9660 to speak with one of New Jersey’s most experienced DUI/DWI lawyers for free.

No, refusal is a charge related to violating what is known as New Jersey’s Implied Consent law.

Basically, when you accept a driver’s license in New Jersey, you give consent to provide a chemical sample (usually breath) to police if they believe you are driving while intoxicated.

Field sobriety tests are not part of the implied consent law, but you should understand that refusing them may cause your judge to take a dimmer view of your case.

There are reasons why you may have declined, and it’s important that you have a knowledgeable advocate who can present the facts of your case in the most beneficial way.

Most police officers aren’t certified in administering field sobriety tests, and if things like the weather or traffic conditions made performing them feel unsafe, the court may take a more favorable view of your choice.

Attorney Matthew Reisig has beaten more than 1,000 DWI charges for clients in all New Jersey counties.

Call 732-625-9660 today for a free consultation with an experienced New Jersey DWI lawyer.

It’s possible that you’ll be sentenced to a short stay in jail if you missed your court ordered IDRC detention.

You’ll certainly be called before a judge, which can be a positive if you had a good reason for missing the appointment.

Medical emergencies, family emergencies, other legal issues, and similar reasons can be grounds for rescheduling your detention, particularly if you notified IDRC of your absence as soon as you knew it would happen.

Judges can be unpredictable, so you should consult an experienced DWI attorney to make sure you present the best case possible, and your story is clear and persuasive.

Don’t take chances with jail time when there’s an option to serve your detention.

Call Matthew Reisig today at 732-625-9660 and talk to an experienced New Jersey DWI attorney for free.

There’s not necessarily a statutory requirement regarding how long an officer can conduct Field Sobriety Tests on a driver.

It is understood that a police officer has to contend with time when it comes to making a judgment about a driver’s intoxication, because the body is constantly metabolising alcohol.

Theoretically, each minute the police spend conducting Field Sobriety Tests increases the odds that chemical testing will reveal a blood alcohol level below the legal limit.

There are certainly cases where drivers allege that police ordered them to conduct Field Sobriety Testing repeatedly, presumably to arrive a pre-determined conclusion and make a DWI arrest.

The driver’s argument is that they passed the Field Sobriety Tests, sometimes repeatedly, and the tests were used in an abusive fashion.

This is an argument that can be made in court, and goes to the heart of the basis of a DWI arrest in New Jersey.

Call attorney Matthew Reisig today at 732-625-9660 and talk to one of New Jersey’s most experienced DWI lawyers for free.

They can, but the results of non-standard Field Sobriety Tests are not admissible in court.

Even authorized Field Sobriety Tests can be fought on a variety of grounds, from medical conditions in the person taking the test to a police officer’s inappropriate administration of the tests.

Authorized Field Sobriety Tests are to be performed under clearly defined protocols, and when the police don’t follow their own rules, the job of a New Jersey DWI lawyer is to fight back.

Field Sobriety Tests are intended to give police a reasonable idea of what’s going on with a driver who may display signs of intoxication, but too often, police use them inappropriately.

They may require the driver to perform the test for longer durations than required, or make a driver repeat a test over and over until eventually they “fail.”

Attorney Matthew Reisig knows how to make inappropriate police procedure a matter for the court to decide.

Arrested for Driving While Under Suspension After A DWI

OUT OF STATE DRIVER – DRUNK DRIVING

HAVE A QUESTION? TYPE IT HERE.